FINALLY....we were finally able to return to Nicaragua, to our friends that we love so dearly, to our students who have been persevering throughout this entire six month ordeal in their country! The good news is....everyone is well. The bad news....the country is not the same as is was before and most likely won't be for some time, if ever. Many have lost their livelihoods and have closed their shops due to the lack of business and tourism in the country, but by God's grace, they have survived.​
July 9, 2018

How I wish I could tell you that Nicaragua has returned to the beautiful, peaceful country it was when we were there the first of April, but unfortunately I can't. Our team trip there had to be cancelled just two weeks before we were to leave because it was just far too dangerous to take a group into the county. The violence has spread into every area of Nicaragua, our students and their families fear for their lives and must stay inside their homes much of the time, travel throughout the country is difficult if you are able to travel at all and as of now, over 300 people have lost their lives in a ONE SIDED WAR! But, you know what frustrates me more than anything....you hear NOTHING about this crisis of immense personal pain and loss of the Nicaraguan people here in the United States!! There are a few who work to spread the word and seek to gain help from our government to rid Nicaragua of a barbaric dictator who chooses to kill those who don't agree with his policies, but our media has done nothing to let people know of the horrific human rights violations that have been committed against these beautiful people...a people we have grown to love more each day.

There have been many who ask about the release of the bus from customs. With the turmoil that has been ongoing in the country, it has been difficult to contact the offices of any business or government authority for the last couple of months. In the last week, however, we have made some progress! We have changed to a different customs broker and they have been VERY positive about getting the bus released soon. Hallelujah!!! Richard and Mayling live just a few blocks from where the bus has been stored for all of these months and when they have been able to leave their home, they have gone by to check on things. I am so glad to report that the bus is fine and is parked in a gated and fenced compound that actually belongs to the customs broker we are now using. I do believe we can say that is God designed!!

I am also very thankful to say that for the moment, our students in Tomas Borge are able to attend school once again after having to take a break of nearly a month due to the violence in their area. Although our ministry has taken on quite a different look than we had envisioned, Stanley's Kids is still working to provide these children and their families with whatever they may need during this time.  In the coming days, I'll post photos of the students and some of the activities they have been able to take part in since we were there. For now, I'm posting a video montage of photos from our trip in April...before the violence errupted. I ask for your prayers for Nicaragua, that God will bring peace to all of its people, that He will keep our students, friends and family safe and that many will turn to Christ during this dark time. None of this caught God offguard and He is still in control and is working to bring a peaceful resolution where He will be given all glory and praise! 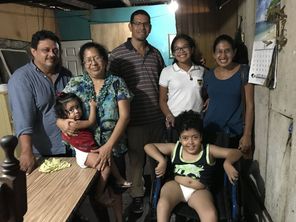 What an interesting month it has been! Kathryn and I took a whirlwind trip to Nicaragua April 10-16 where we were able to get quite a bit accomplished. We began the week by being able to witness the gift of a wheelchair and portable toilet seat to one special boy...Manuel in the Managua Stanley's Kids Class. Manuel has hydrocephalus, has been confined to a stroller and needed a wheelchair desperately so that he could have support for his spine and hips and as you can see, he LOVED IT!
We went from Managua to Tomas Borge to see how the students have progressed in the two months since they began to attend school there.  Ivania and Julio, the teachers in the Tomas Borge classroom, are making an unbelievable difference in the lives of these students....I say students instead of children because our classroom has an age range of 3 years to 38 years old! There are now 16 students that are learning social integration, writing, art and personal hygiene. We were also able to deliver a teacher's desk, 4 student work tables, 12 seating ottomans and shelving units built and painted by Stanley's parents and two suitcases full of art supplies, manipulative/learning toys, painting aprons and puppets donated by the Jessie Green Circle of Burning Bush Baptist Church in Ringgold, GA.
We also spent quite a bit of time meeting with the company responsible for helping to get the bus released from customs. It has now been four months since the bus arrived in Managua but we are praying that the release is getting closer as we've been able to make some direct contacts with individuals in government to assist with the release. Since we left Nicaragua, there has  been an uprising against the government of Nicaragua which had put the release on hold, but today we have resumed dialogue with the customs brokers.
The uprising, which spread throughout the country in a matter of hours, resulted in the deaths of approximately 30 people and wounded more than 100 others who were mostly college students, as government police viciously attempted to silence the initially peaceful protests. We have unfortunately seen very little coverage on the violence in Nicaragua from US news stations, but the people there have suffered both physically from the lack of food in certain regions for several days as well as mentally from the intimidation and fierce retaliation of the police and army. These issues only strengthen our resolve to be a light to these special children and their families and as soon as we feel it is safe to do so, we will return to this beautiful country!!
Please pray for Nicaragua and its citizens as they strive to find their way to a peaceful independence and that God will be glorified in it all! 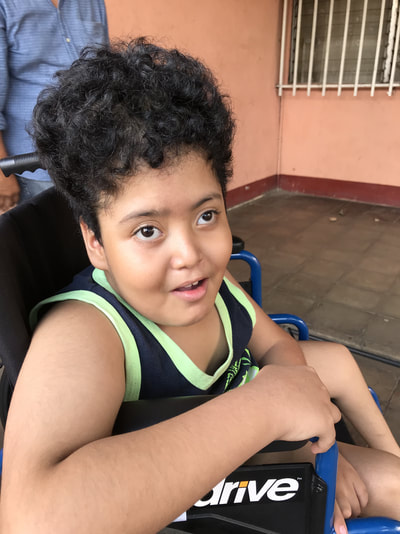 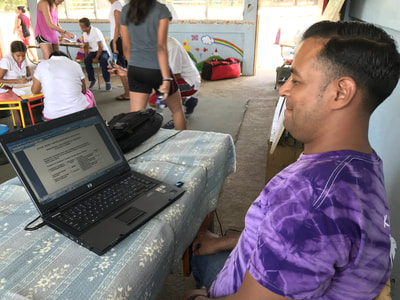 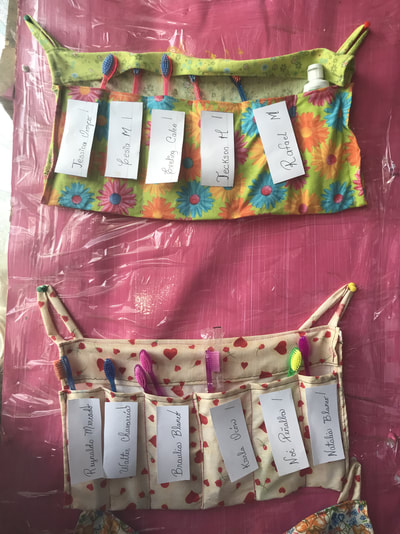 I wish that I could report that the bus for the children in Managua has been released from customs, but there is still no resolution. We now have attorneys and government officials working to hopefully resolve the problem quickly so that these children will have the benefit of safe transportation!
Kathryn and I will be traveling to Nicaragua in a couple of weeks to take items that Richard and Mayling Vallecillo have made for the classroom in Tomas Borge. We are looking so forward to seeing the children again and to witness firsthand the progress that these students have made in just a few short weeks after starting school for the very first time in their lives. Mayling is also making a pinata for a party we'll have for the children while we're there.
We are still in need of partners in our 100 Families Project to help fulfill our 2018 budget. If you'd like more information, click on the tab at the top of this page.
Thank you for all of the love, support and prayers for this ministry. Stanley's Kids is truly making a difference in the lives of these very special children!

We're still awaiting news that the Ministry of Transportation and Infrastructure has allowed the Stanley's Kids bus to be released from customs in Managua. This has been a difficult process, but we know that God is in control! Thank you for those who have been praying and we ask that anyone who will, please pray along with us.
Today we found out about the need for a laptop computer in the Tomas Borge Classroom. Please take a look under the Immediate Needs and if you would like to either give money towards the purchase of a new computer or if you have a good used laptop that you would be willing to give, please contact us.
Thank you for your ongoing support of this wonderful ministry that is changing the lives of these children and their families!

The new classroom in Tomas Borge is going extremely well as we begin week 2 of classes! Our teachers, Ivania and Julio have evaluated the students according to their abilities and prior classroom experience and grouped the students to attend certain days of the week. Fridays will be reserved for all students to attend for music, art projects and games. The majority of the 13 students in Tomas Borge have never been allowed in a classroom so this is HUGE!!
Students in Managua will begin classes on February 27th. Please be in prayer for the bus that has been purchased to be released from Nicaraguan customs this week! With God, the impossible does not exist

Students in Tomas borge showing off their new uniforms
Thank you to Auburn United Methodist Church for your Donation!! 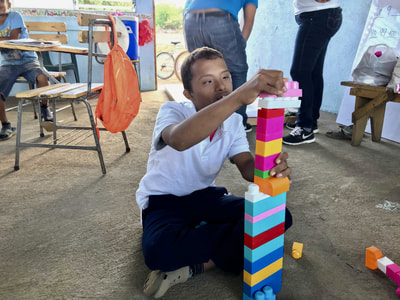 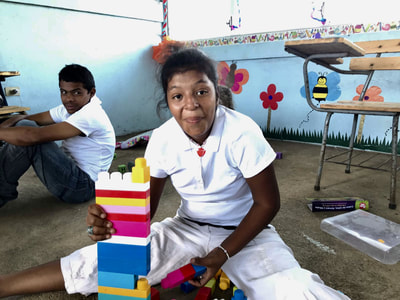 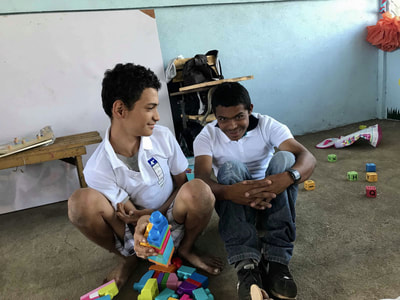